On "Geopolonistics" at the University of Grodno

The international scientific conference 'Mickiewicz and romantics towards East Slavic cultures' became an opportunity to familiarize participants with the 'Geopolonistics' project. The conference was attended by the editors of the "Polish Studies Newsletter" - Olga Zakolska and Piotr Bordzoł.

The cooperation of the Yanka Kupala State University of Grodno with Polish research centers dates back to 1987. At that time, the first cooperation agreement was concluded between this University and the Pedagogical University in Krakow. The subject of the contract concerned scientific research and didactic cooperation. In 1988, on the canvas of the international scientific conference "In the world of Eliza Orzeszkowa" (in which she participated, among others, Professor Swietłana Musijenko), a series of lectures on Polish literature was carried out in Grodno. 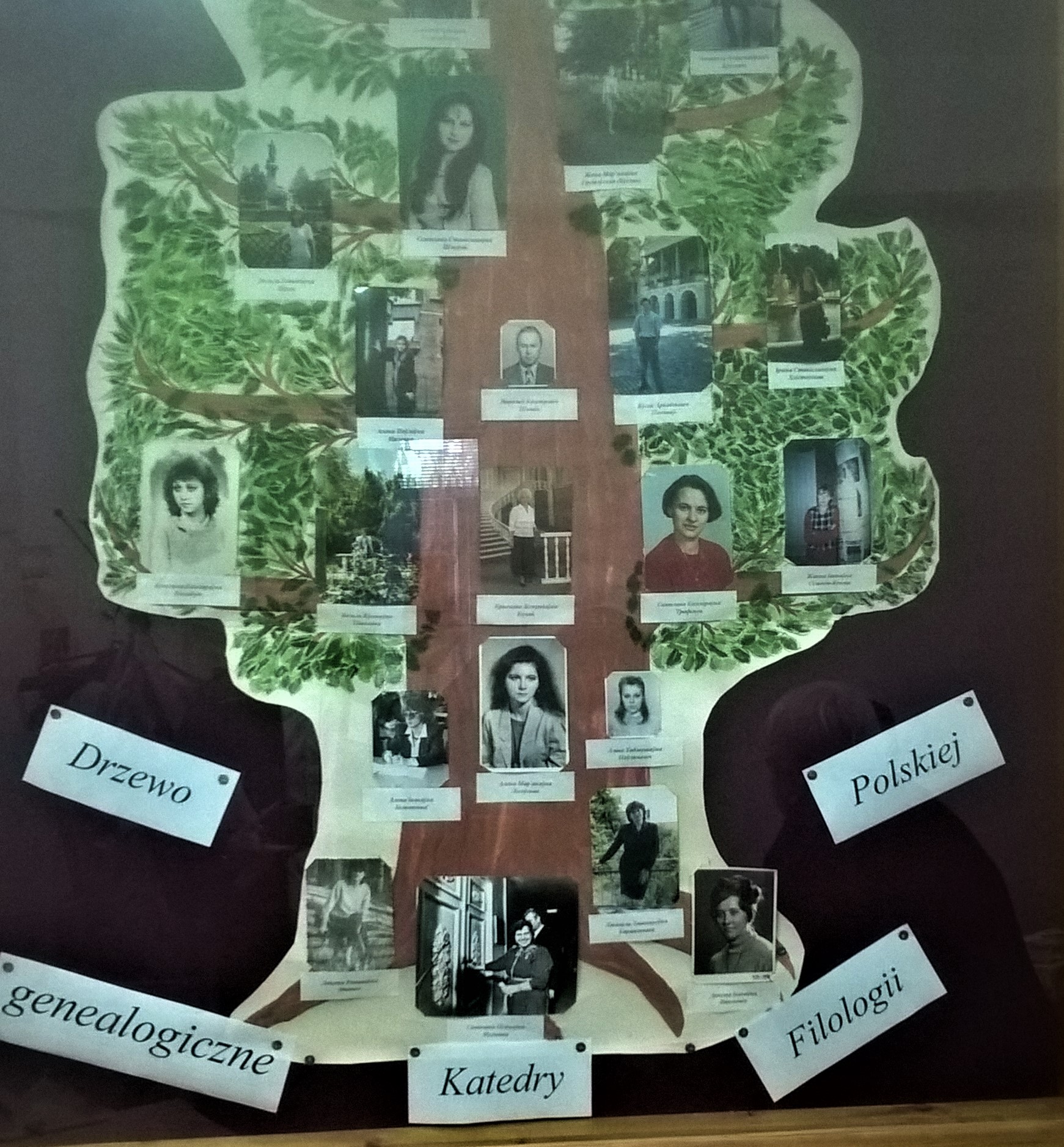 The Department of Polish Philology at the University of Grodno was established in 1989. Soon two international scientific conferences took place: one dedicated to Zofia Nałkowska and the other one concerning the problems of linguistic and literary contacts in the borderlands. The Department cooperated with Polish studies language centers in Bialystok, Gdansk and Krakow. The scientific life flourished, numerous conferences were organized, among others events addressing the works of Adam Mickiewicz, Eliza Orzeszkowa and Zofia Nałkowska. The subjects discussed were neighboring Slavic languages ​​and cultures, didactics and methodology for interpreting literary works. 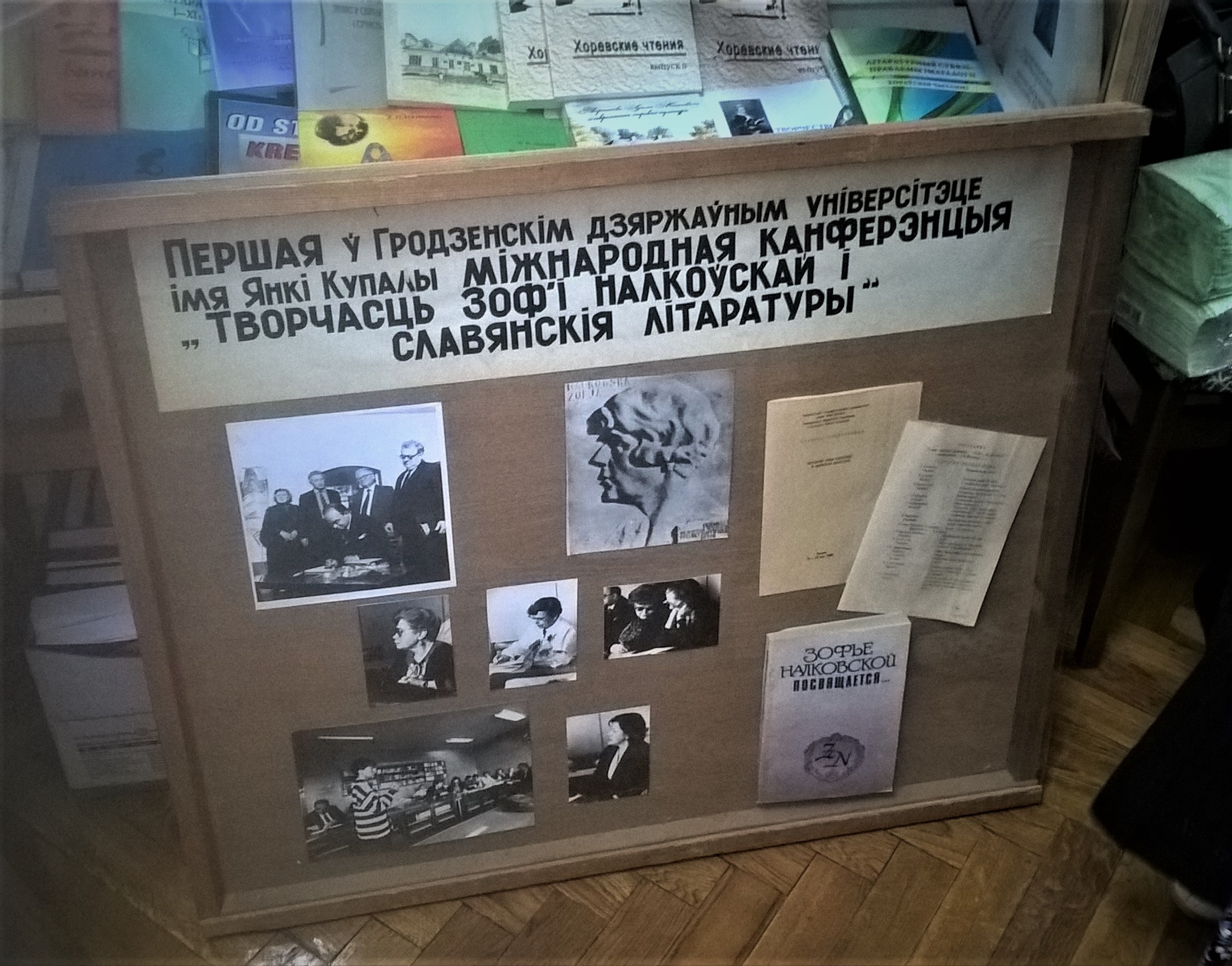 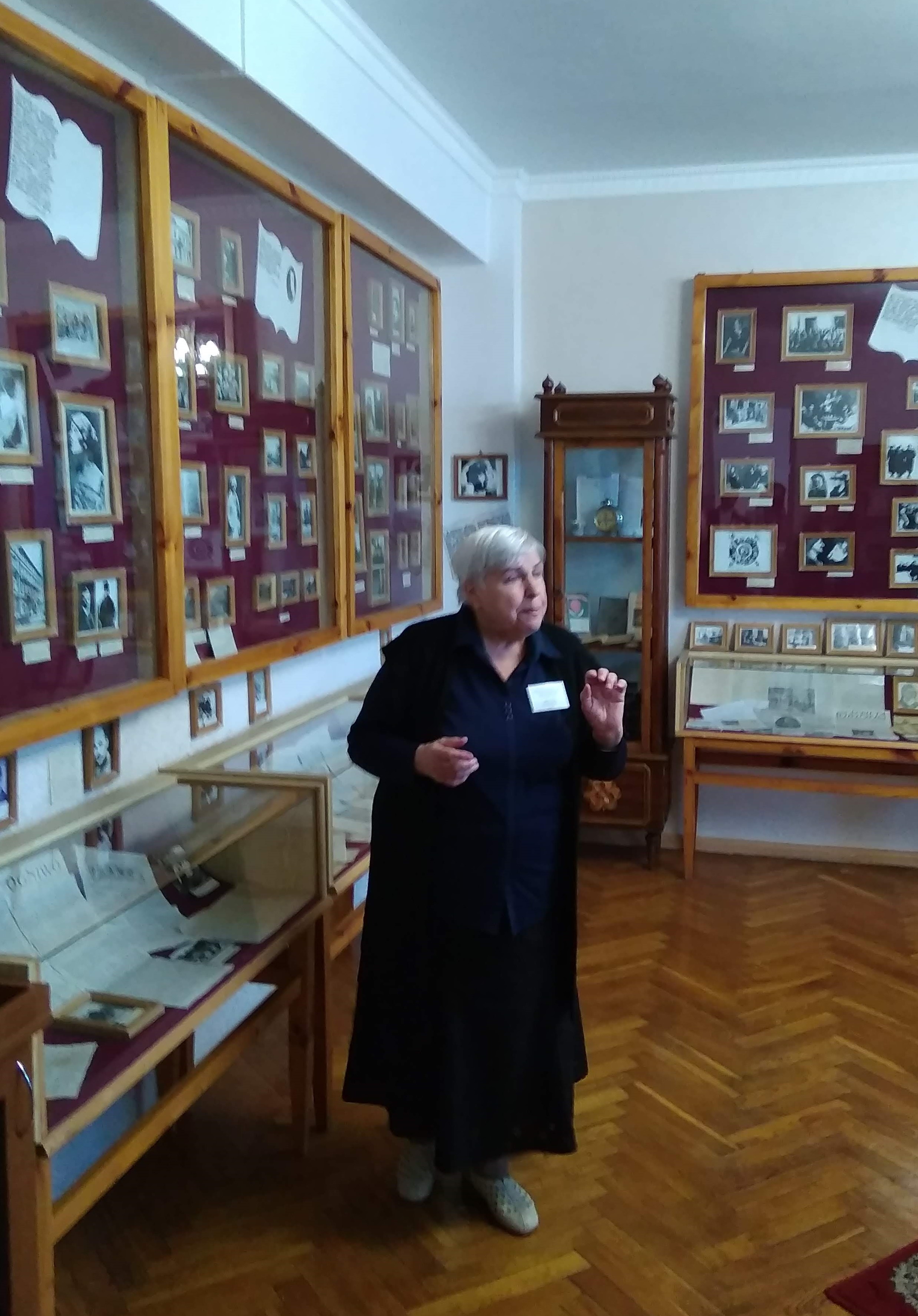 From the beginning of its existence, the head of the Department was Professor Svetlana Musijenko, a student of Wiktor Choriew, a Russian Slavist, expert on Polish literature. Professor Musijenko's research on Polish literature has its origins in reflection on the life and work of Zofia Nałkowska, a writer associated with Grodno. The aftermath of Professor’s polonistic explorations has became a rich scientific ouvre.

The aftermath of Polish language explorations, Professor, is a rich scientific output.  One of the biggest achievements is the creation and long-term care of the Zofia Nałkowska Museum. The museum opened on May 16, 1989 in the University of Grodno building, and sarted to collect valuable exhibits, including the ones related to the writer's stay in the city, her social and literary activities. On the initiative of the Professor, the "Adam Mickiewicz International Institute" Scientific and Didactic Center was established, which plays an important role in maintaining the relations between Grodno Polish studies research center and other centers in the world.

In the Zofia Nałkowska Museum in Grodno you can also find valuable photographs related to the life of Eliza Orzeszkowa, documenting the funeral of the writer and unveiling ceremony of the monument.

The creation of the Department of Polish Philology was also associated with the establishment of the Polish language library. The beginning of the collection was a gift from Professor Svetlana Musijenko, who initiated the campaign to collect books.

One of the evidence for the current activity of Grodno Polish studies is the scientific conference "Mickiewicz and romantics towards East Slavic cultures" (Grodno, May 31 - June 1, 2019). The event gathered together the researchers from Belarus (Grodno, Minsk), Poland (Białystok, Poznań, Warsaw) and Switzerland (Brno). During the meeting, among others, problems of Adam Mickiewicz's work in the circle of Slavic literatures, as well as in the imagological context were discussed. 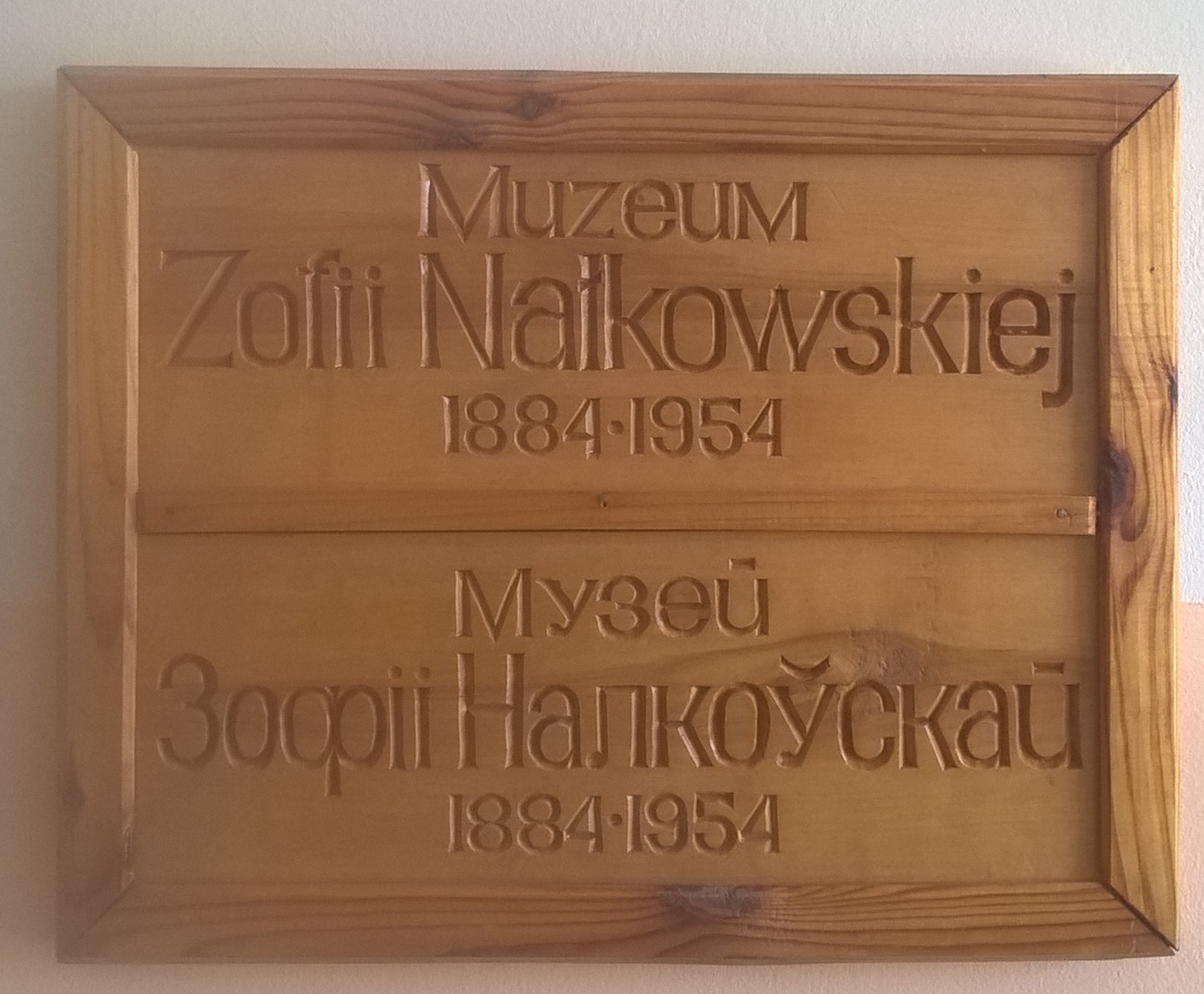 The meeting of scientists representing so many Polish research centers was a great opportunity to present and consult the assumptions and preliminary solutions of the "Geopolonistics" project. The editors of the "Polish Studies Newsletter" said that in accordance with the implemented concept, the location of Polish language centers on an interactive map will allow to locate spots, often unknown and unobvious, where the process of Polish language education takes place at various levels, Polish research is carried out, or simply any form of contact with Polish language and culture is possible. The reader will receive complete information about the history, structure, research conducted and didactic offer. 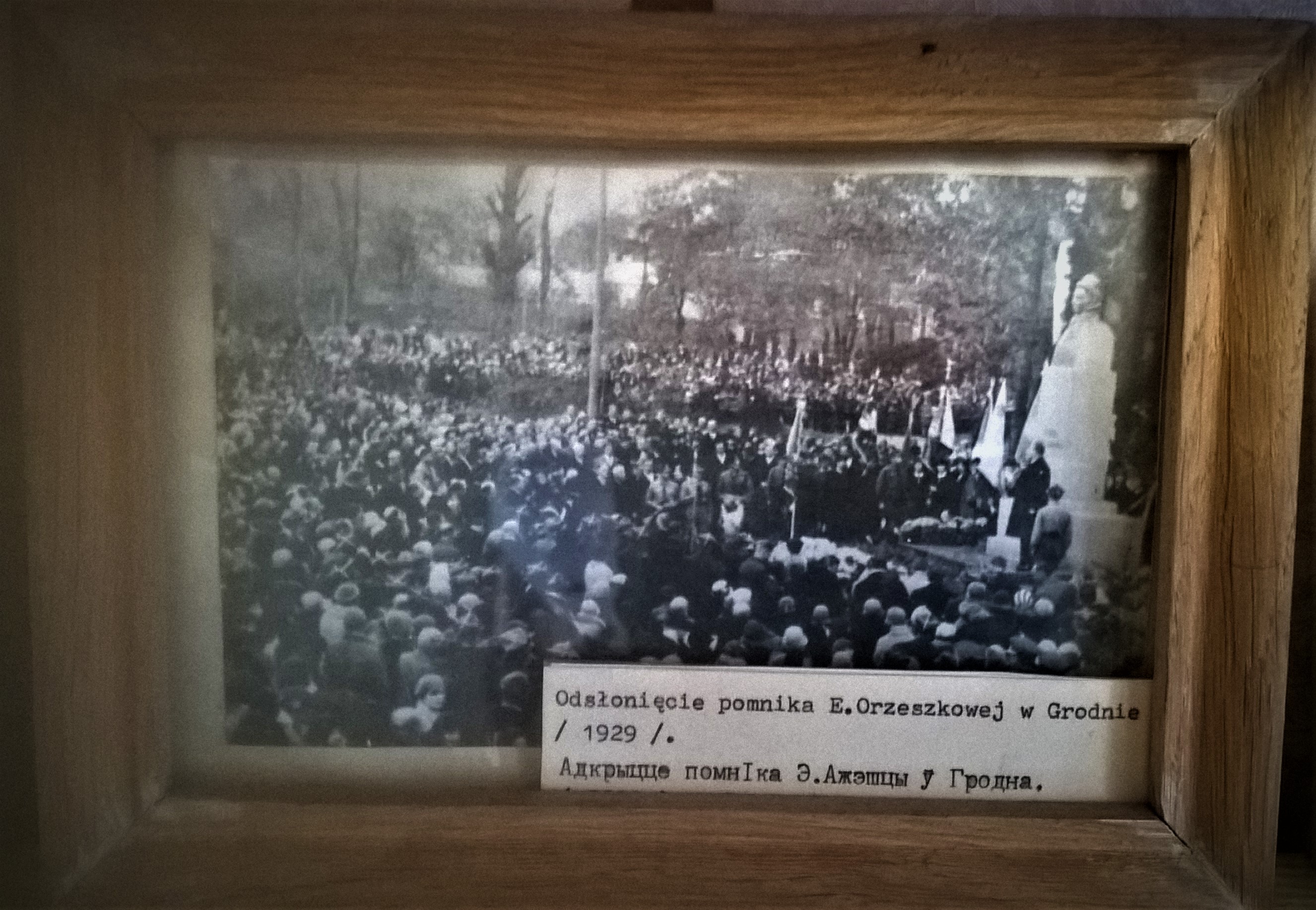 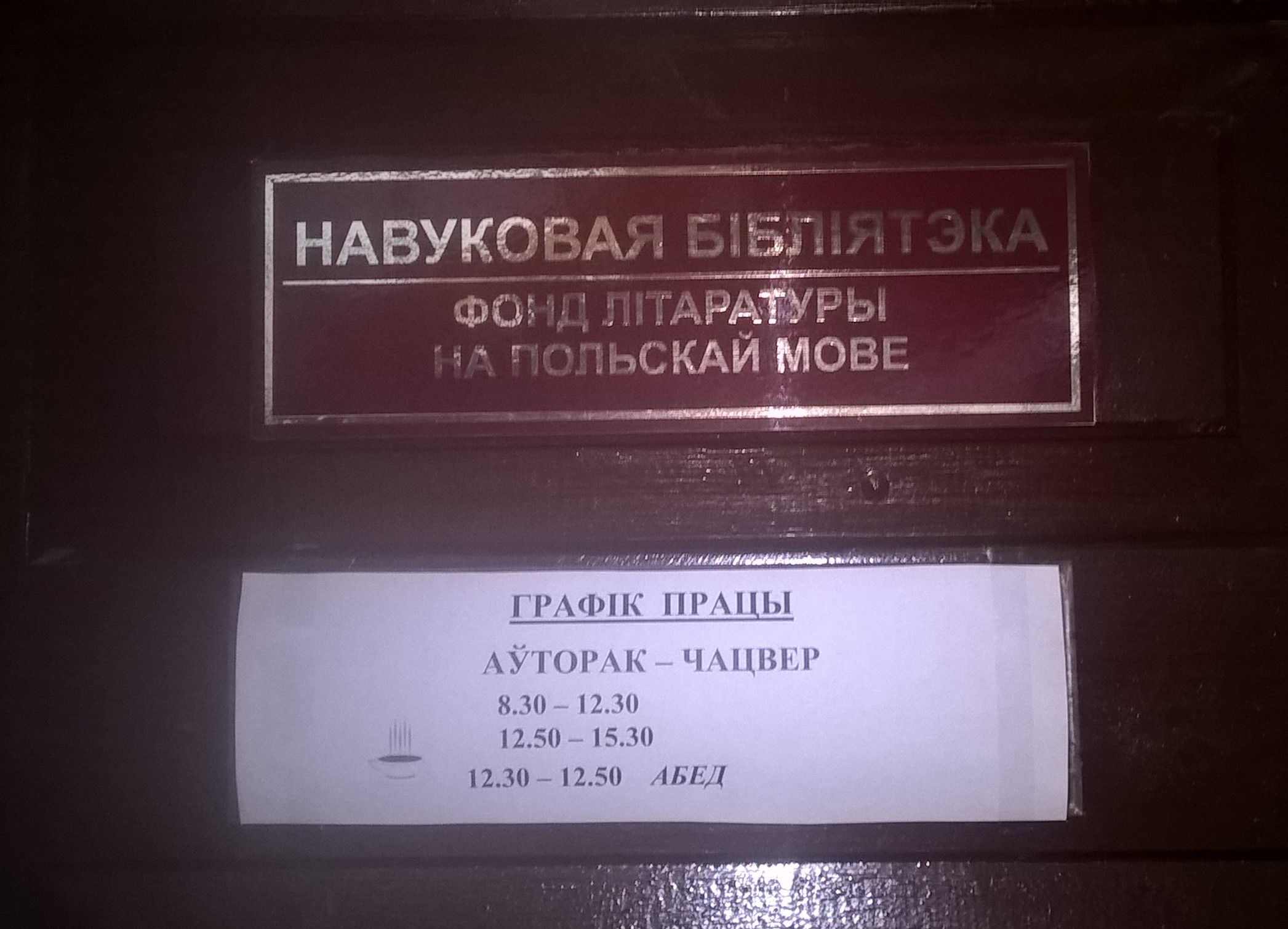 The current formula of the "Polish Studies Newsletter", as they emphasized, supports contemporary Polish studies thanks to the fact that it allows to follow doctoral theses, research projects, scholarships and competitions. The journal also contains information about new publications and magazines (including tables of contents of the publications presented). "Geopolonistics" will show the achievements of Polish language communities from around the world. Thanks to the identification of Polish studies around the world, it will contribute to the development of interinstitutional cooperation in the didactic and scientific dimension, support the exchange of scientific staff, help disseminate and popularize research results, will be an inspiration and a starting point for organizing events on an international scale. An interactive map will become a tool for spreading the knowledge about Polish culture by expanding the range of its impact in digital space. 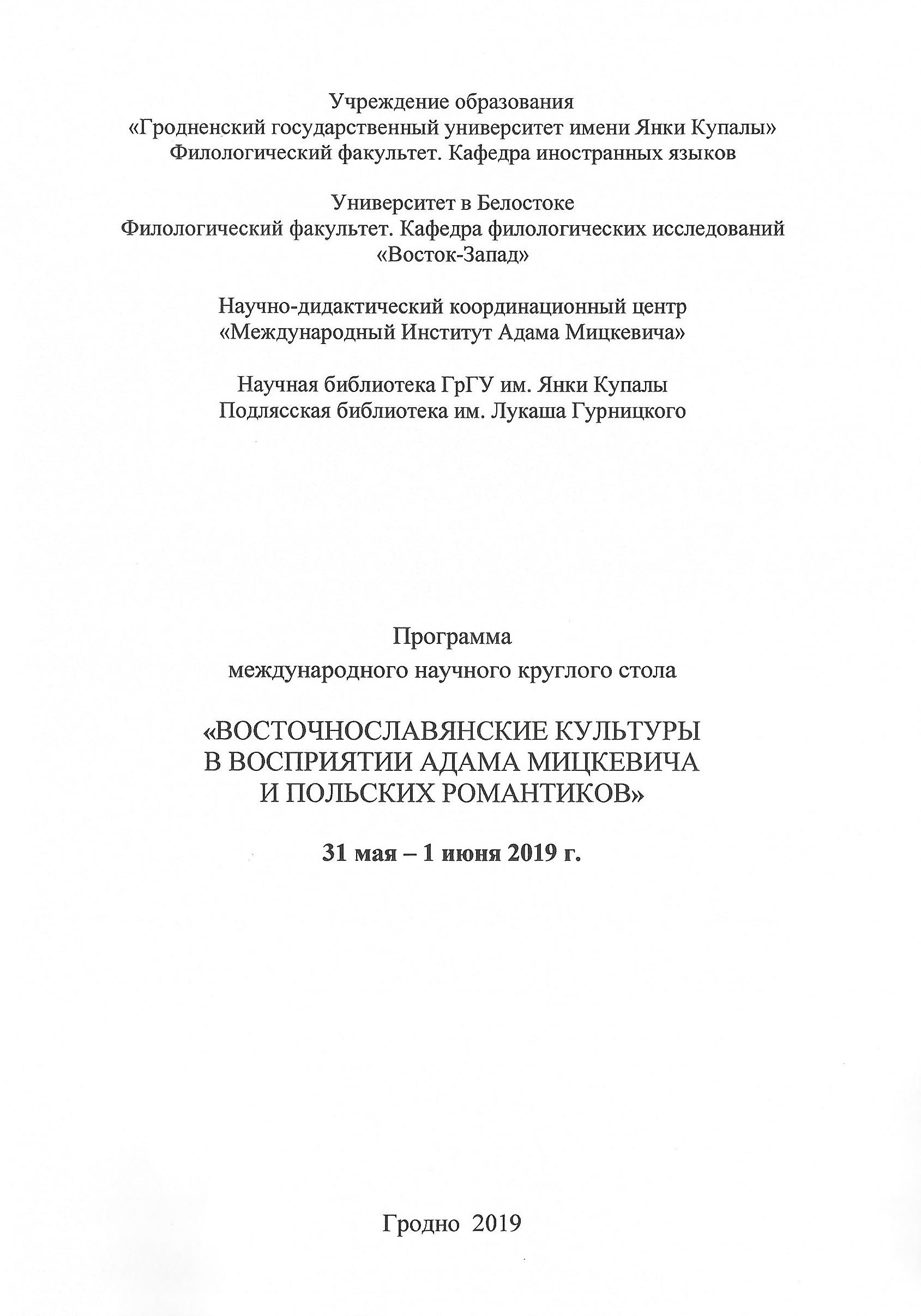 The speech at the scientific conference also became an opportunity to familiarize the employees of scientific units with the technical aspects of the organization of "Geopolonistics", including clarifying the details of acquired surveys, methods of organizing and presenting information, and opportunities for cooperation. 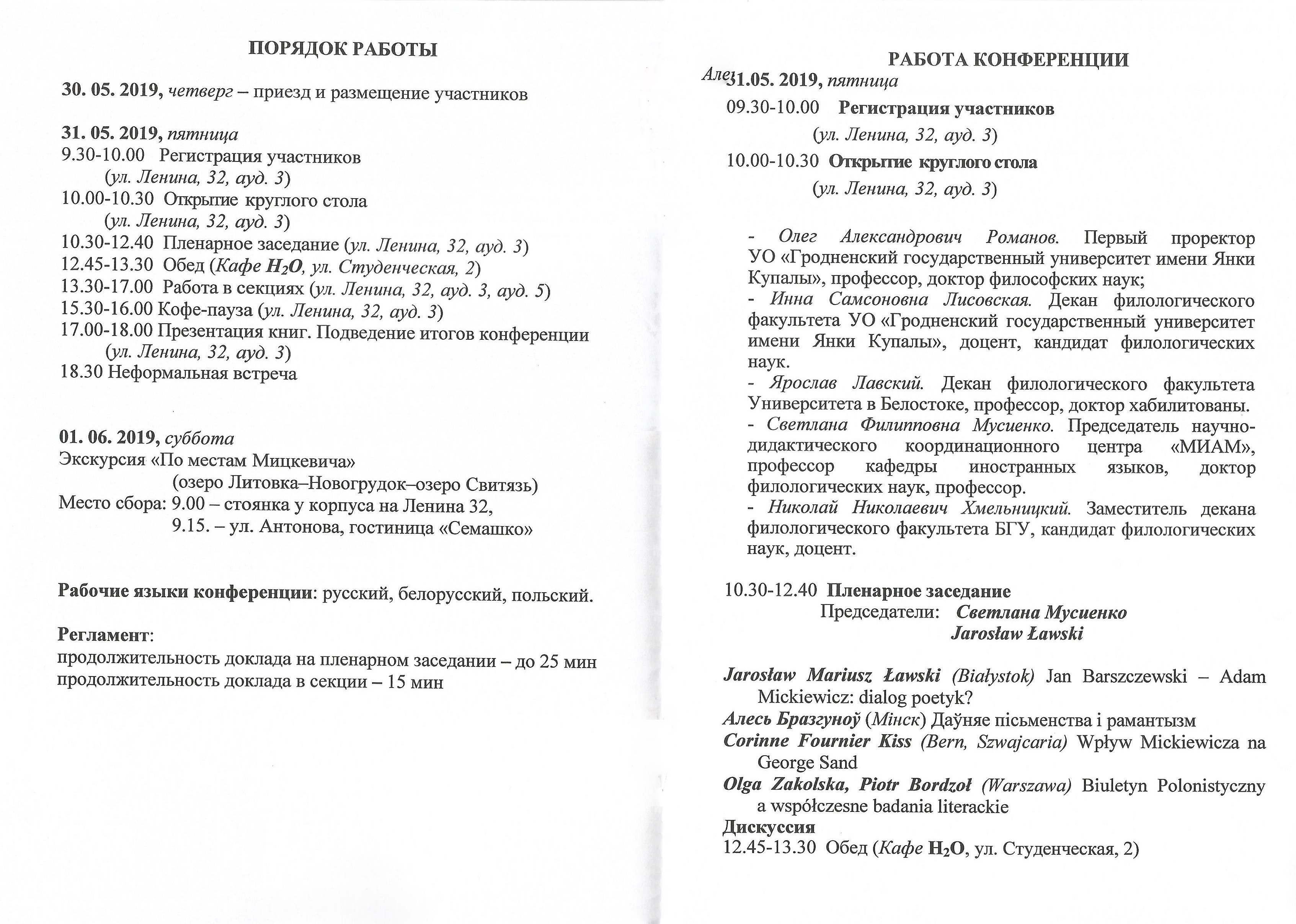 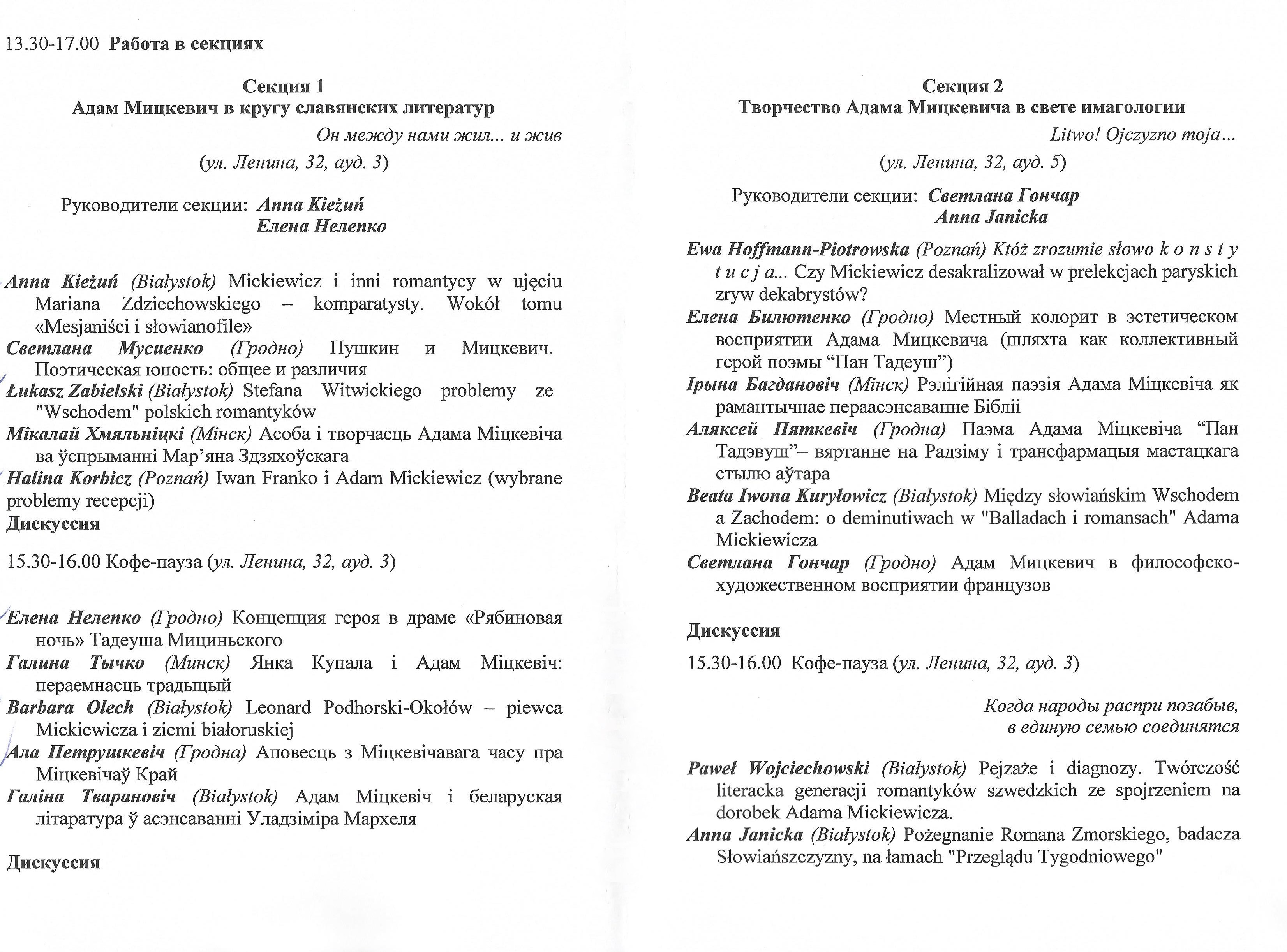 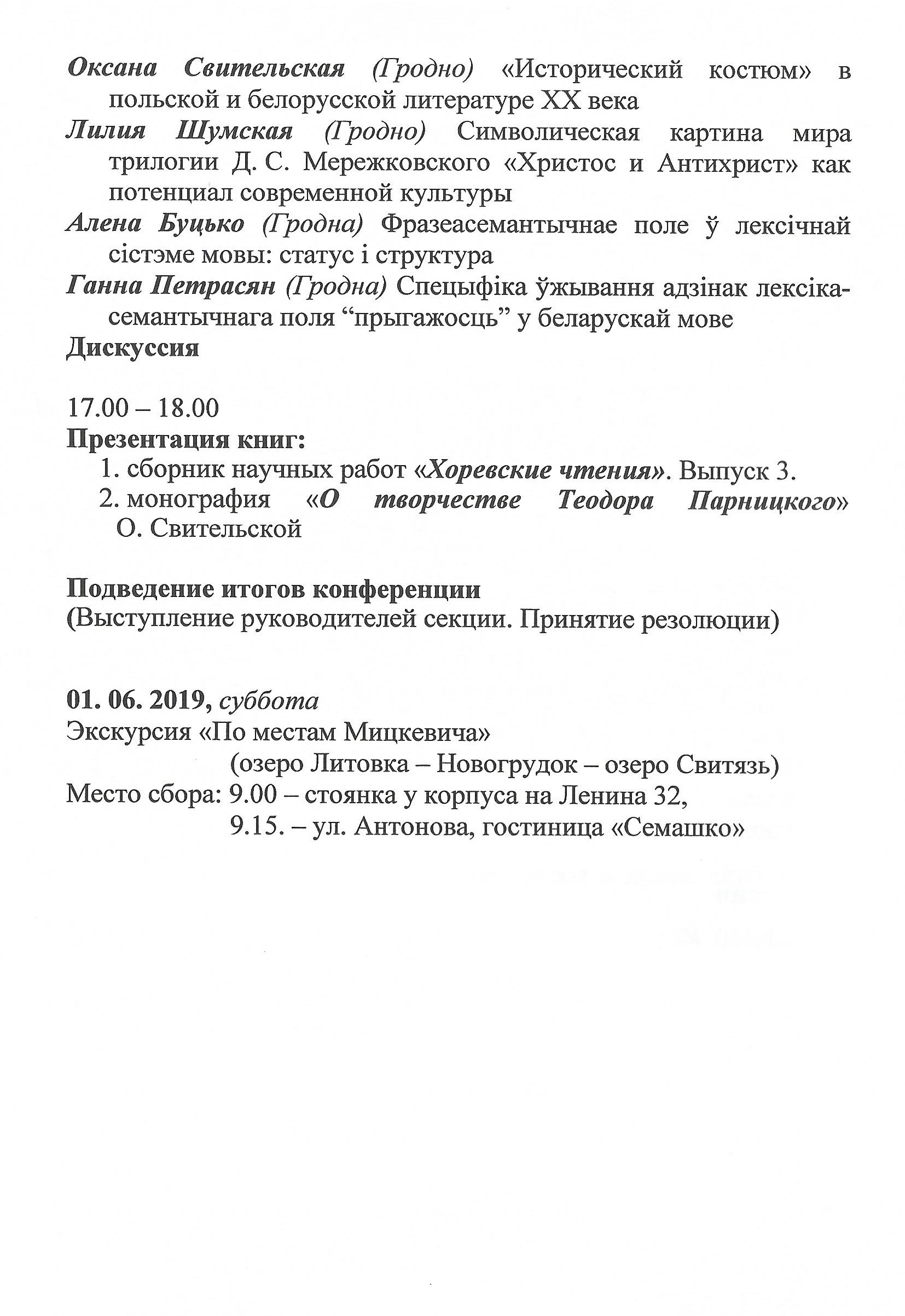 Key words:
Polish studies Mickiewicz Adam Orzeszkowa Eliza Nałkowska Zofia Choriew Wiktor Musijenko Swietłana Geopolonistics Grodno
Author:
Piotr Bordzoł
We use cookie files to make the use of our website more convenient for our users. If you do not wish cookie files to be saved on your hard drive, please change the settings of your browser. Read about our cookie policy.