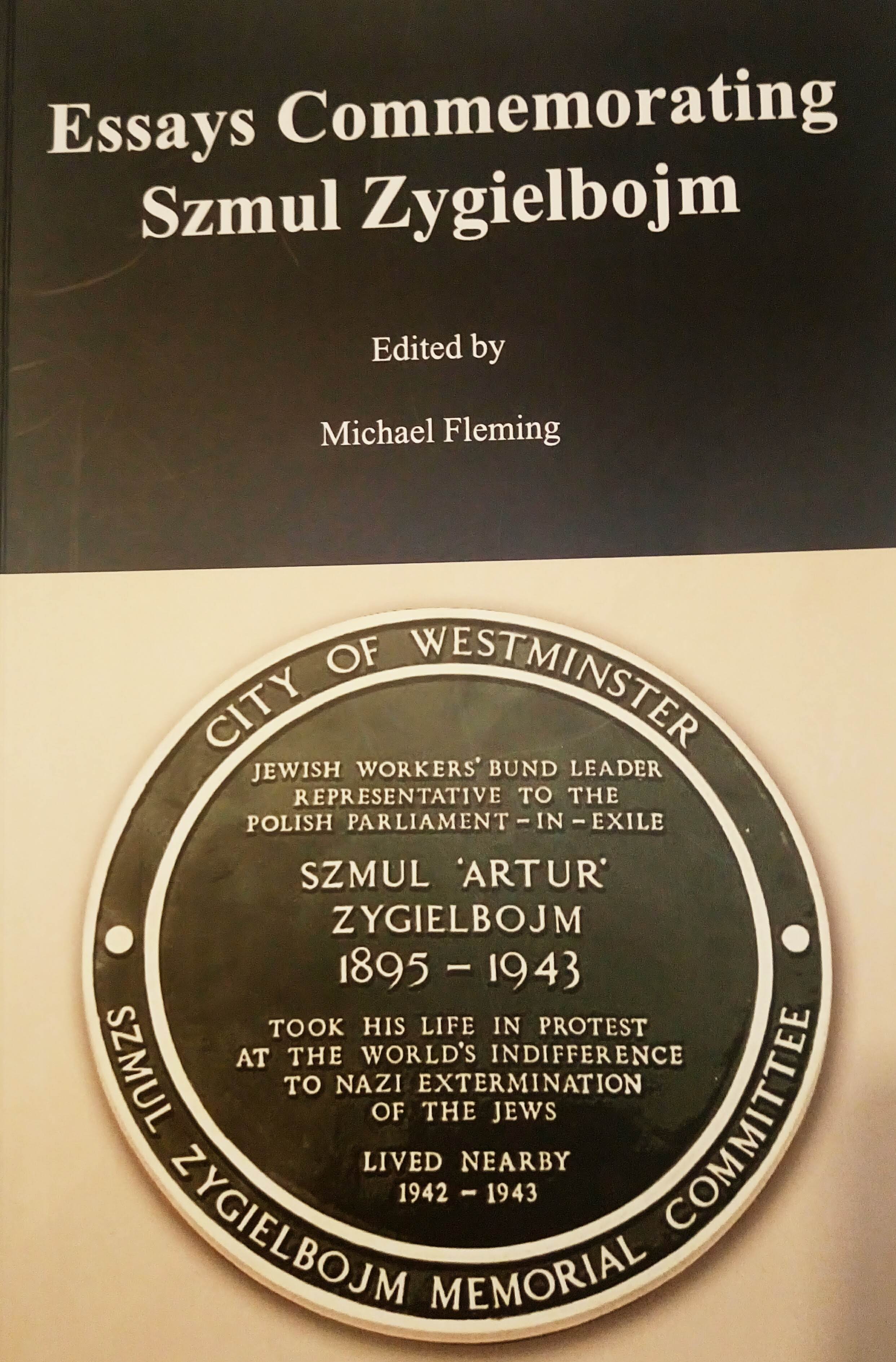 This book brings together papers that were presented at a workshop in May 2018 to commemorate the seventy-fifth anniversary of Szmul Zygielbojm’s protest suicide. The workshop was organised at The Polish University Abroad within the framework of an ongoing seminar series on twentieth century Polish history.5 The volume opens with a message from Zygielbojm’s grandsons, Dr Arthur I. Zygielbaum and Paul S. Zygielbaum, to participants of the workshop (see p. 11), in which they highlight the continuing relevance of their grandfather’s sacrifice (Michael Fleming, Introduction).

Szmul Zygielbojm was a Jewish socialist and a leading figure of the General Jewish Workers’ Union – the Bund. Between March 1942 and May 1943 he served as one of two Jewish representatives on the Polish National Council. The Polish National Council was the consultative body of the Polish Government in Exile that was based in London from 1940. Prior to the Second World War Zygielbojm had been a councillor in Warsaw and later in Łódź. Following the German invasion, Zygielbojm was sworn in as a councillor in Warsaw once more. He was among those Warsaw councillors taken hostage by the Germans to ensure that the city complied with German demands. In the first months of the German occupation Zygielbojm protested against German plans to establish a ghetto in Warsaw and was forced to escape Poland. He reached the United States in early 1940 where he stayed until he was asked, in February 1942, by the Polish Government in Exile to join the Polish National Council. Zygielbojm arrived in London in late March 1942. Zygielbojm tirelessly sought to draw attention to the situation of Jews in German-occupied Poland. In May 1942 a report sent by his Bundist colleagues in Warsaw via Polish intelligence channels arrived in London. It reported that 700,000 Polish Jews had been murdered by the occupying Germans. Zygielbojm took to the airwaves, wrote to leading political figures, spoke at public meetings, published the information from Poland and liaised with other socialists in London in an attempt to elicit a response to aid the perishing. His task was not easy. In addition to facing antisemitic sentiment among some Poles in London and less than fulsome support from Polish ministers, including the Polish Minister of the Interior, Stanisław Mikołajczyk, Zygielbojm had to negotiate a British context in which Jews were marginalised and stereotyped in various ways. News of atrocities was problematic in the British context. Such news was viewed by some through the lens of First World War propaganda and was doubted. Others, especially in the Foreign Office, sought to downplay the news of German atrocities against Jews due to concerns about the situation in the Middle East (focusing on Jews, it was feared, might alienate some communities) and a commitment to 1 2 refer to titular nationals (Poles, French, etc.). There was also concern about how news of atrocities would impact on British morale and a worry that reports of German actions against Jews would accentuate domestic antisemitism and thereby undermine national unity during the crisis of war.2 The Foreign Office adopted a position of strategic scepticism towards news of atrocities against Jews, especially during the summer of 1942. This practice undermined Zygielbojm’s attempts to elicit an adequate response. In addition, ongoing conflicts within the European Left in Britain limited Zygielbojm’s efficacy ((Michael Fleming, Introduction).

From the House of the Slave to the Home of the Brave. The Motif of Home in Poetry by Black Women since the late 1960s